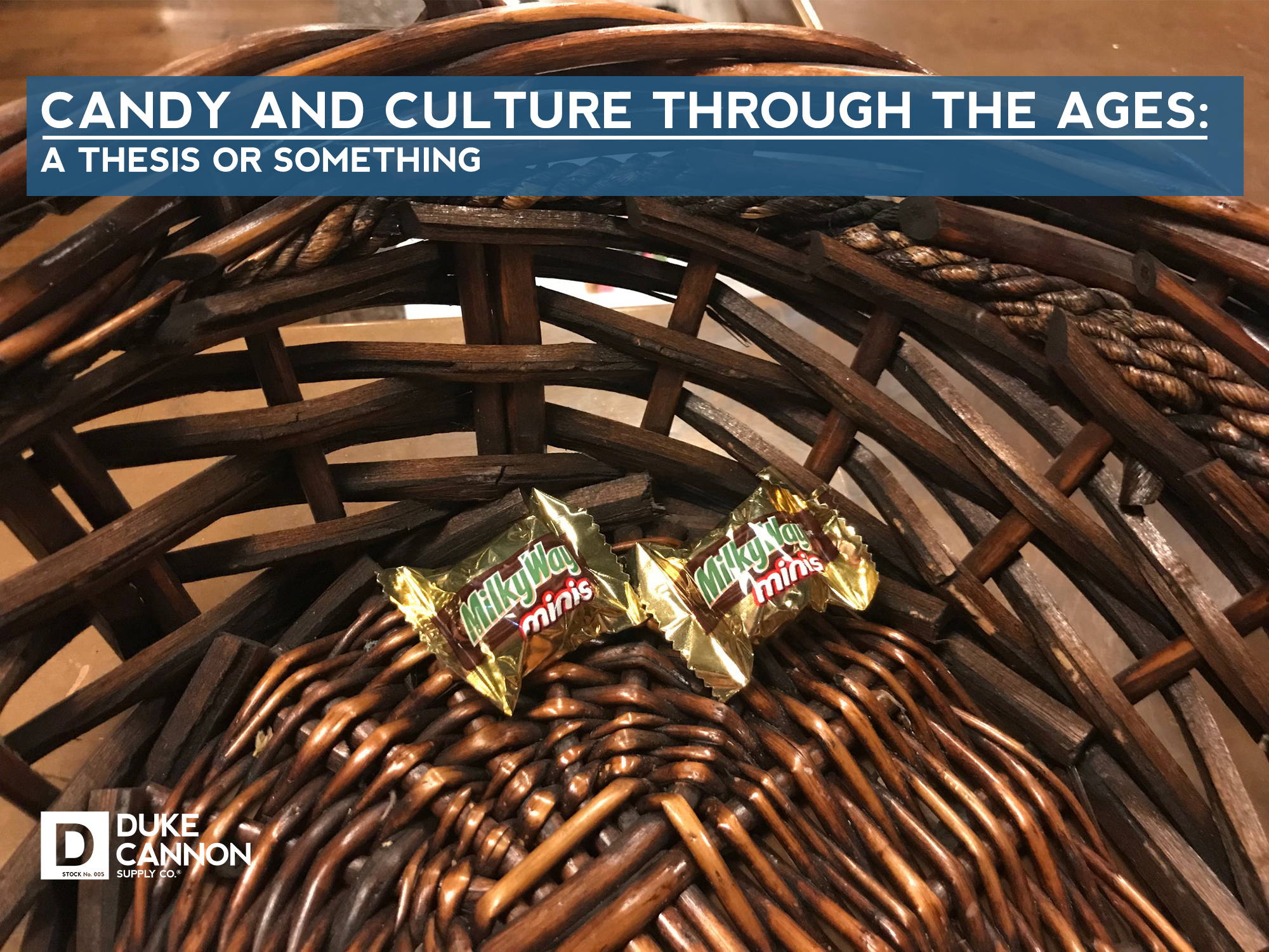 Fact: There are over 32 million offices in the United States and every one of them contains a snack basket containing at least two Milky Way Minis that have been there since Halloween, 2016. Now, as we approach year three of our office's rejected treats, it got us thinking about candy in general and how it’s evolved over time. And that’s when it hit us: candy, more than any other phenomenon, is a reflection of our cultural norms and attitudes. We have no idea what this means, but bear with us as we take you through a journey of candy through the ages. 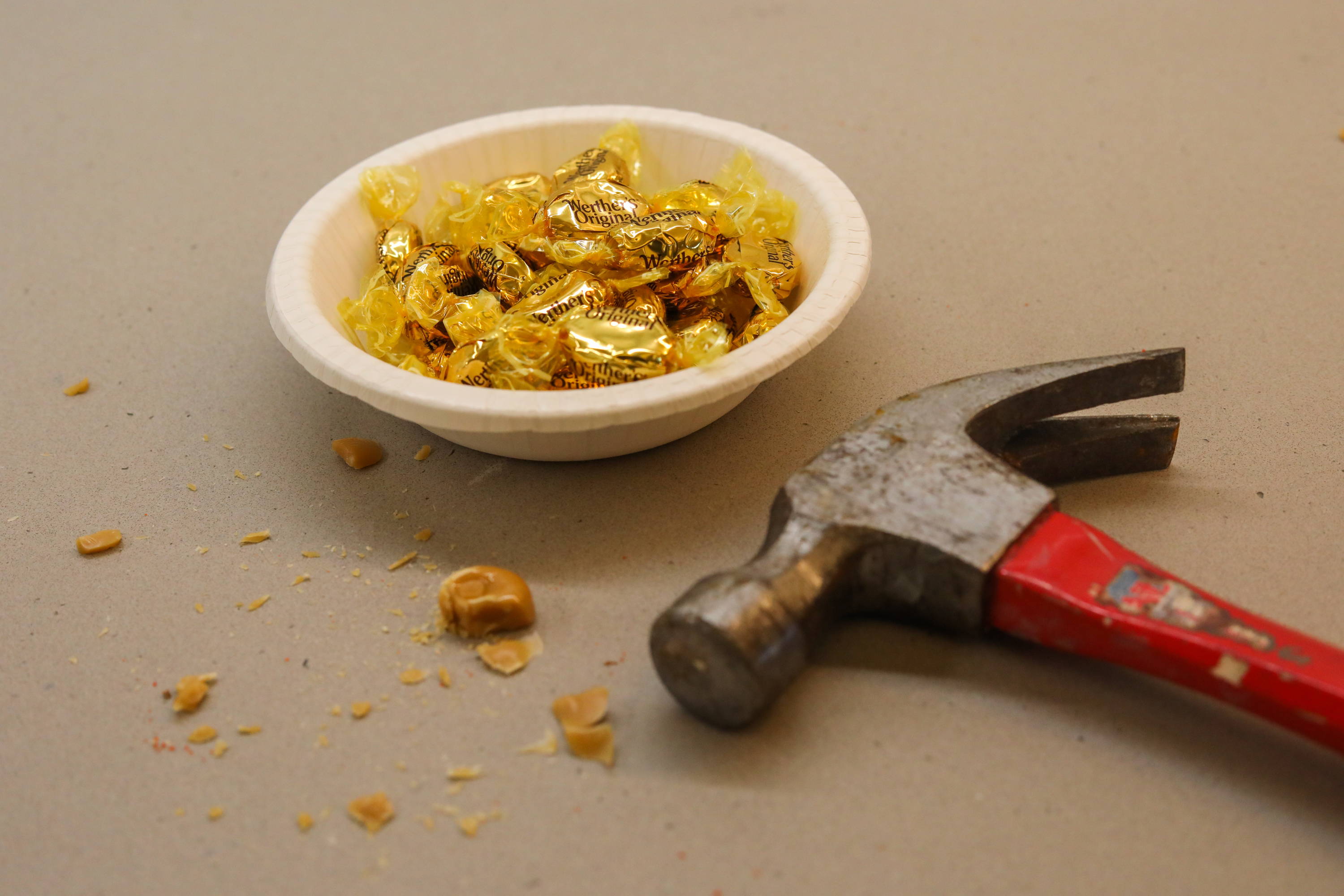 The 1940s. "A Mildly Unpleasant Indulgence"

Our forefathers were salt of the earth folks who indulged in simple pleasures like working 7 days a week and liberating France. This stoic, austere approach to life played out in the candy of the day, with confections that were, at best, mildly unpleasant, and at worst, physically distressing. After all, this was the generation with a fondness for black licorice, Werther’s Hard Candies, and salt water taffy, a candy later banned in 24 states after the loss of more than 3 million molars from 1941 to 1955. 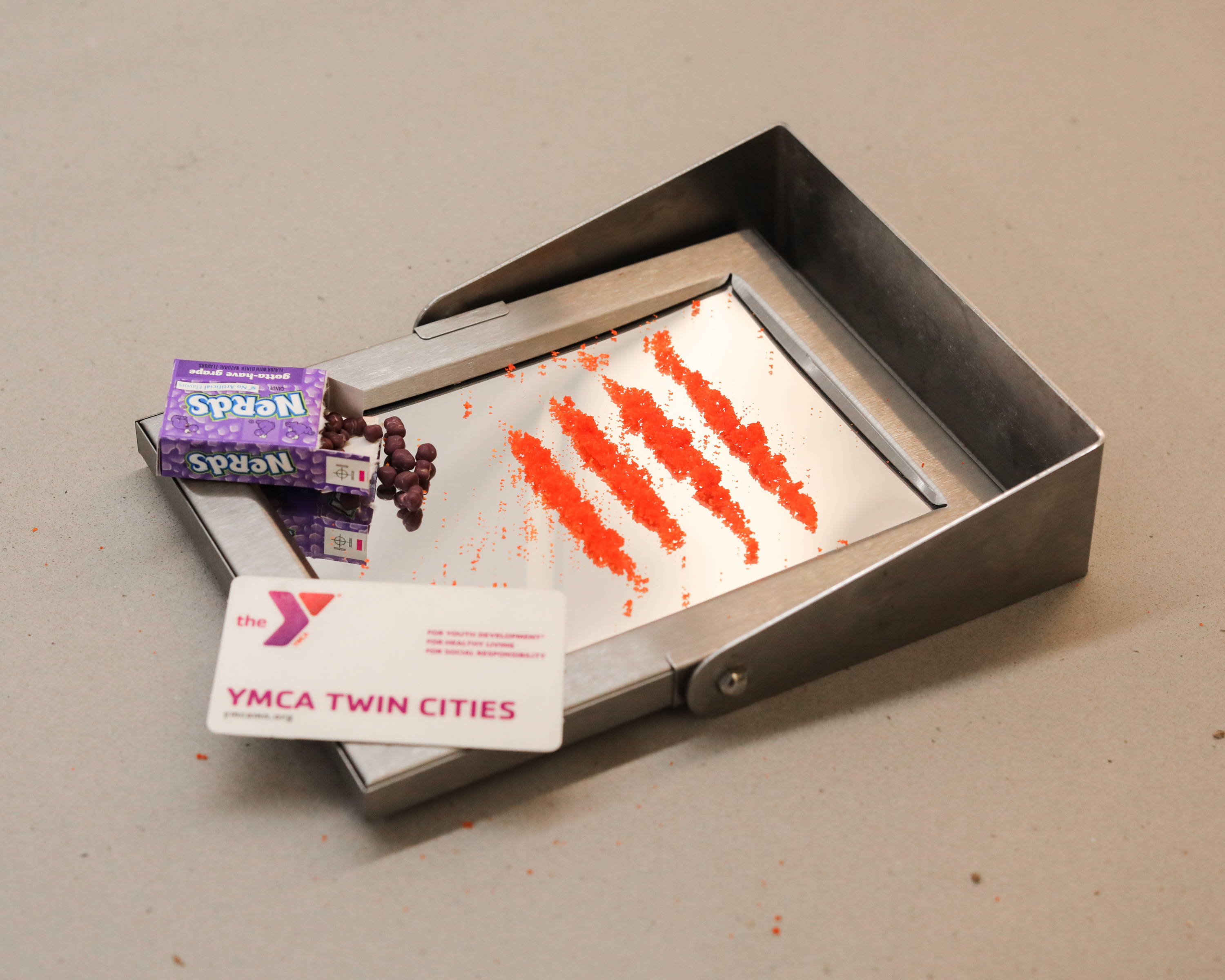 The decade of excess was defined by Wall Street fortunes, Armani suits, and a rampant cocaine epidemic. And while Nancy Reagan may have convinced kids to “just say no” to cocaine, they were “ just saying yes ” to a wealth of drug-inspired candy such as crack-like Nerds Candy or powder-based Pixy Stix, Lik-M-Aid, or those plastic pineapples filled with high grade Colombian sugar. Of course, research has shown no negative societal effects of this drug culture candy, but we have it on good authority that Billy Fescoe’s cousin, Matt, downed three packs of Pop Rocks and a Diet Coke, and his stomach, like, totally exploded. 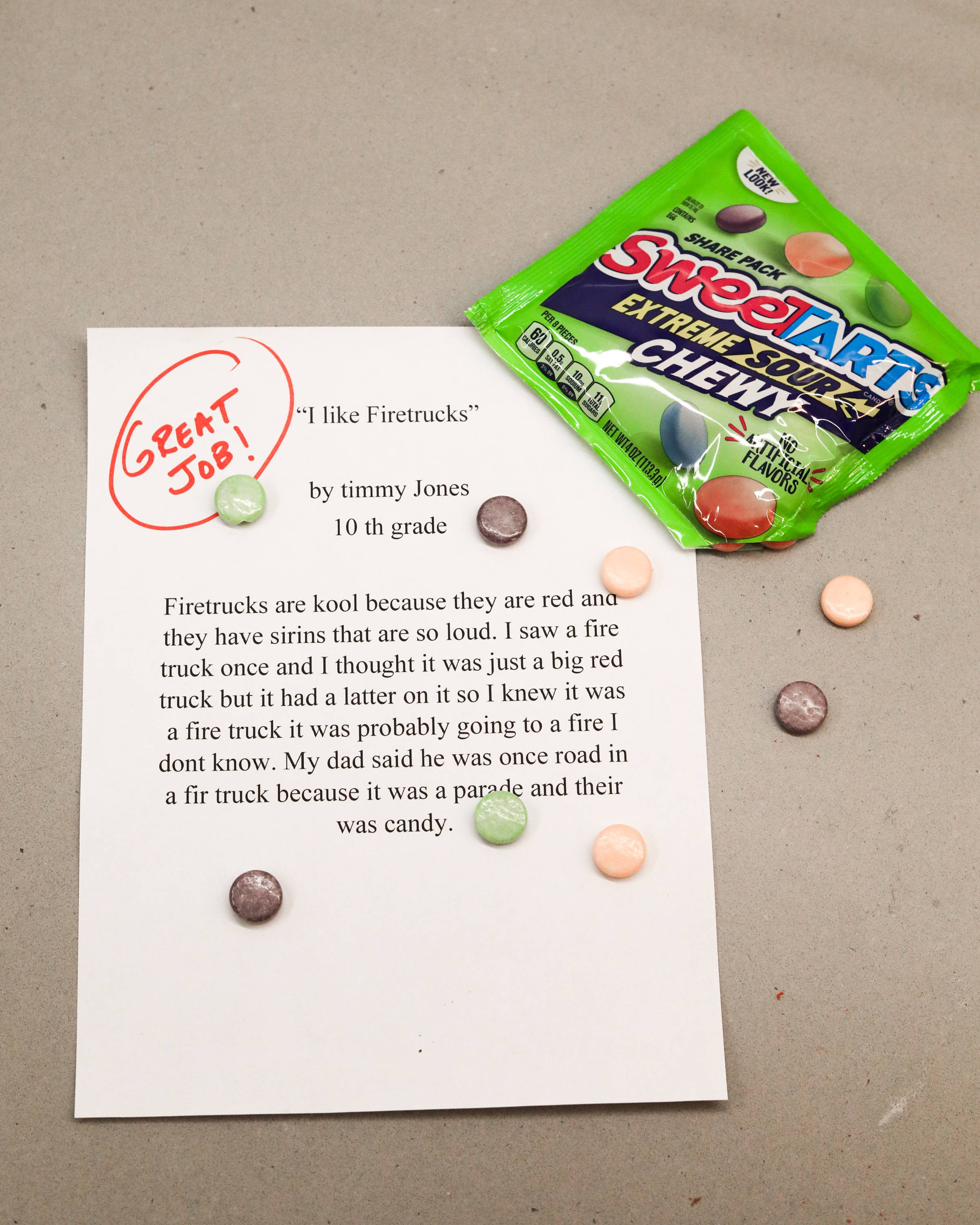 Starting in the 1990s and lasting well into the 2000s, massive reforms in education and business took place to ensure that, at no point, would anyone ever again have their feelings hurt. So, schools made gym class optional and corporations increased spending on team-building offsites with trust falls. And while it’s likely that caring about human emotions has had a positive impact on society, critics argue that this sentiment has had a calamitous effect on candy. Look no further than the launch of Chewy Sweet Tarts and Chewy Sprees - by far the worst candy to ever grace store shelves - as clear proof that the softening of America has its limits. 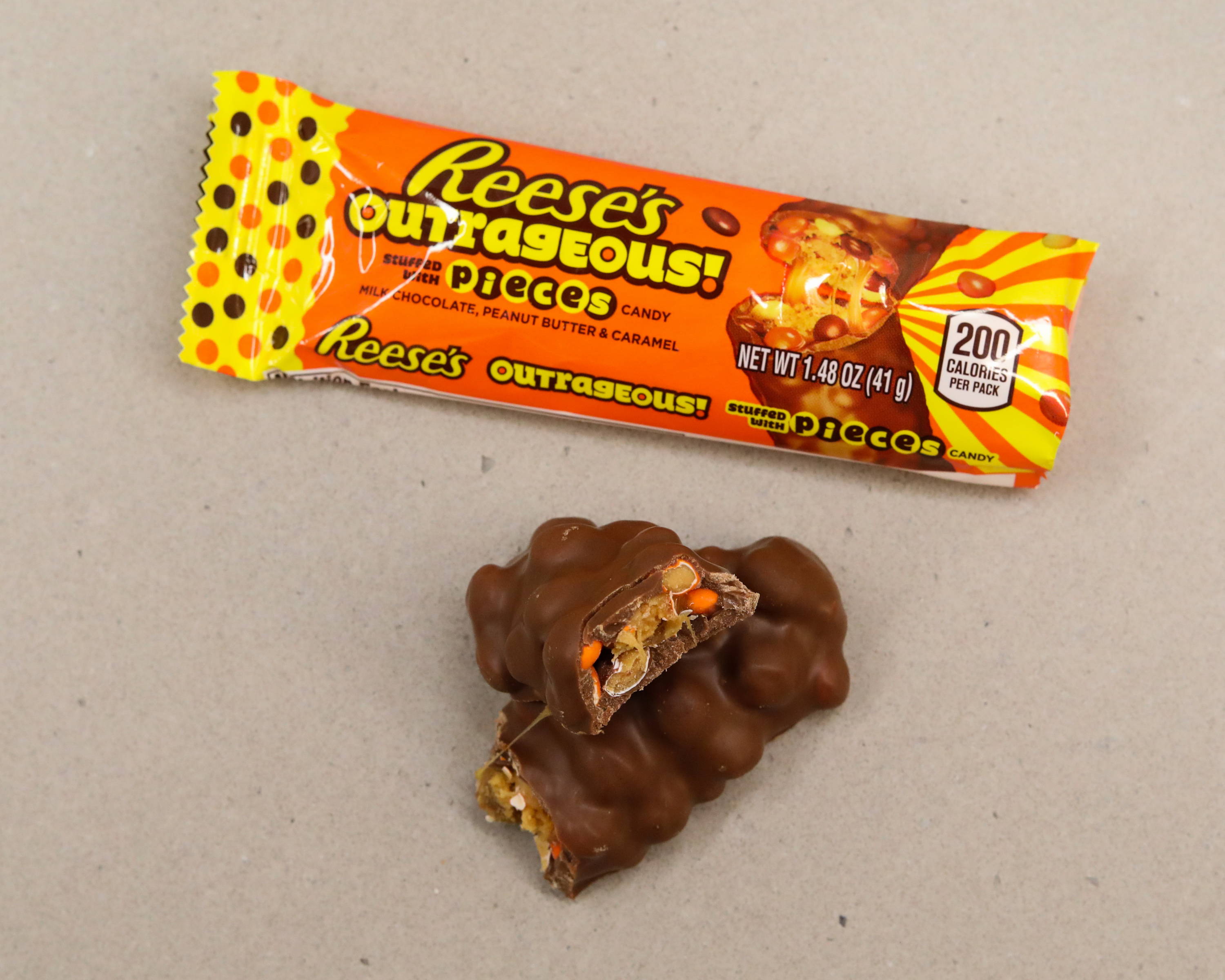 In late September, 2009, leading scientists confirmed that we had exhausted all possible original ideas in the fields of snacks and candy. From that point forward, all “innovation” would consist of throwing together random sh*t in odd combinations to create “unique” tastes and textures under the umbrella of “fusion.” This brave new world has big winners like the hard candy/soft licorice mash-up called “Nerd Rope” and Reese’s Cups filled with Reese’s Pieces. But history will also show its fair share of huge losers such as the ill-fated Sour Patch Kids/3Musketeers Variety Pack.