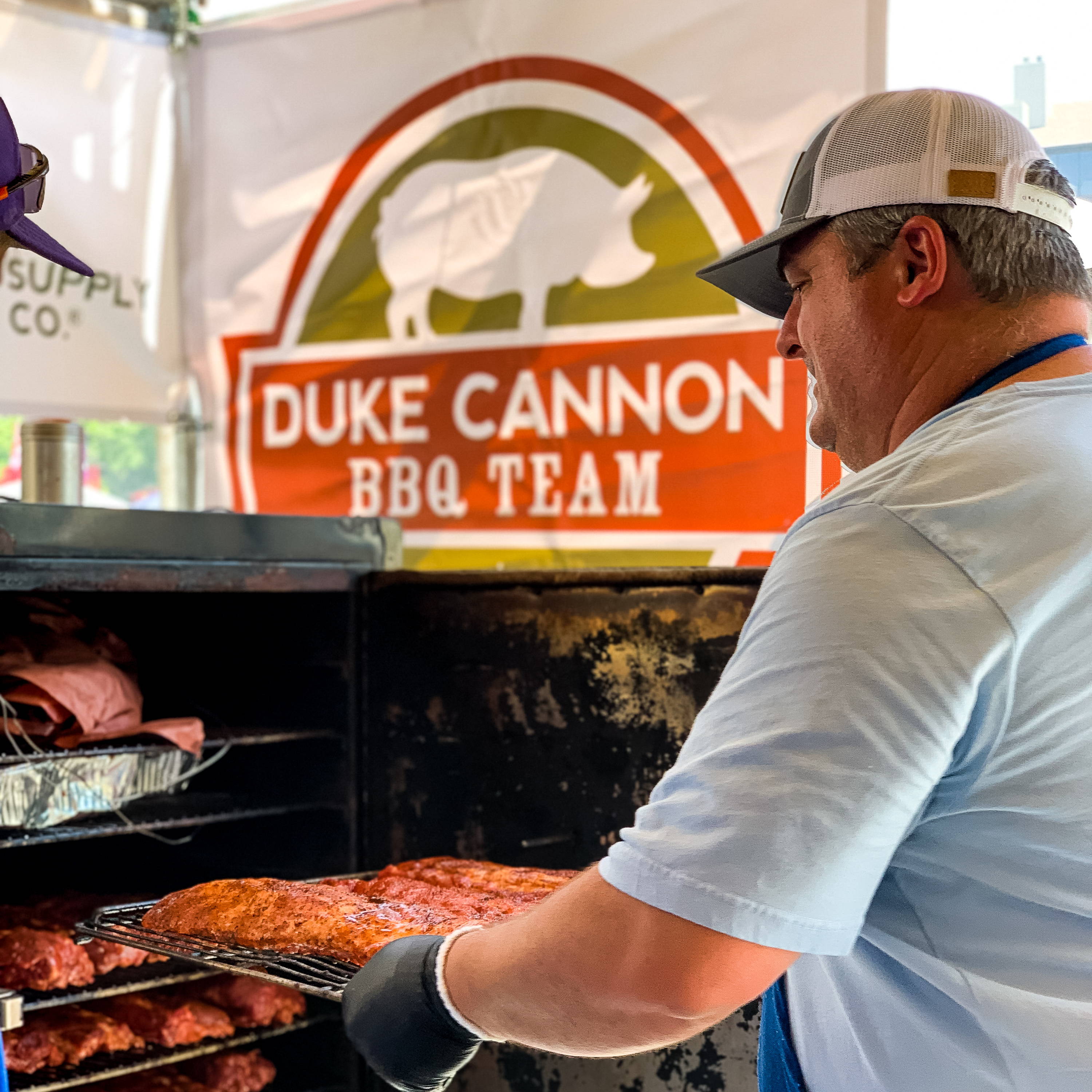 When it comes to great BBQ, they say it's best to take it slow and low. But when it comes to reading about great BBQ, you want it fast and to the point. Having fully recovered from our meat hangover at the World Championship BBQ Cooking Contest at Memphis in May, we finally got around to editing some quick and simple tips courtesy of the Duke Cannon BBQ Team. With each tip clocking in at :60 or less, you could be well on your way to better BBQ in less time than it takes to light a gas grill.

The word “crutch” is not typically used in a positive context, except when you throw the word “Texas” in front of it, and it becomes the best thing ever. In this :45 second video, the Duke Cannon BBQ team explains a critical finishing process to achieve the perfect color, texture, and flavor for competition-level ribs.

While most folks in Duke Cannon Country might be content to consume meat with a side of meat, preparing a non-meat-based side item is the perfect way to add a little diversity to the meal while simultaneously appeasing your brother’s vegetarian girlfriend, Kathy. In this :60 video, the Duke Cannon BBQ Team shows you a simple recipe for Smoked BBQ Beans. All you need is five ingredients (with “love” being the 5th) - and zero interest in precise measurements - to produce some of the finest legumes in the land.

There’s a good bet that most folks’ last experience with bologna was during the 4th grade. As tastes evolve, the working man’s meat, bologna, often takes a backseat to uppity proteins like turkey or even roast beef. But when you take a thick chub of bologna, rub it, sauce it, smoke it, and grill it, you’ll rediscover a love for the meat that is often described as the afterthought of the meat industry. This :28 second video will make you eat like a kid again.

Many seasoned BBQ enthusiasts know the value of putting meat in a marinade, but advanced placement smokers tend to put the “marinade” in the meat. In a generally unappetizing :43 video, the Duke Cannon BBQ Team explains the finer points of injecting a Wagyu brisket with a solution designed to bring out better beef flavor while keeping the meat nice and juicy during the smoking process.

When it comes to outfitting your pit, your money is better spent on quality meat rather than fancy safety apparel. Instead of spending big bucks on highfalutin heat resistant gloves, use the fiscally responsible approach outlined in this 23-second video to keep your hands free of battle wounds.